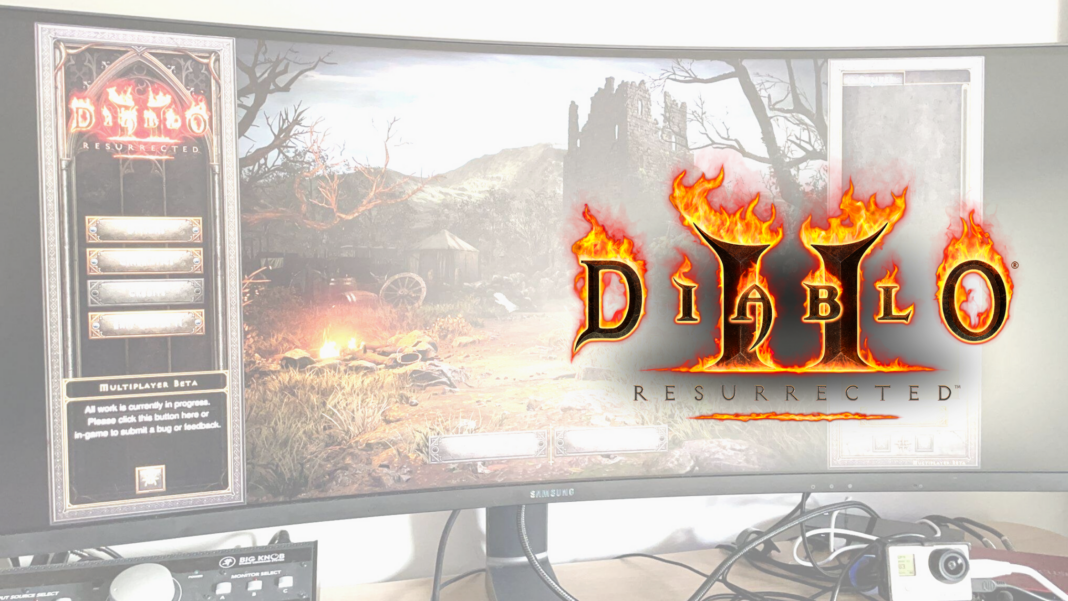 More than 20 years have passed since Diablo 2 was released; its new version, Diablo 2 Resurrected, arrived to please fans of the franchise with new features and functions. Detail the graphics and gameplay to find the main differences.

After 2 decades, technology has influenced this new version although it preserves the essence of the franchise. One of the things that has changed and that has had a lot of booms is the purchase and sale of Diablo 2 Resurrected items to improve the characters.

In addition to a digital marketplace to exchange, sell and buy Diablo 2 Resurrected items, there are several differences between the two games that you will be interested to know if you have not yet played the new version of the game and which we will talk about below.

Diablo 2 Resurrected is a remastered version of the original version, so most of its differences are related to graphical and technical improvements, both in its image and gameplay.

In this version of Diablo 2 Resurrected there is a significant improvement in terms of graphics. It is now possible to appreciate new textures, dynamic lighting, much faster FPS, and several scenes with 4k resolution.

The evolution from 2D to 3D images is one of the improvements that players will immediately recognize. Lighting and shadow effects are part of the most important change in this version, as announced by Blizzard’s president.

However, to prevent fans from being reluctant to so many changes, the developers took care of applying the 3D effects over the Diablo 2 graphic code so that the difference doesn’t cause such a different impact among fans.

Although the new effects maintain the original mechanics of the previous version, the combination of this with the improvement in the image has resulted in something very positive according to the perception of the game’s fans.

The game’s personal grid has been increased from 6×8 to 10×10, with a much larger window and a tab to share Diablo 2 Resurrected items with other players.

This version of the game features subtle but important improvements to the user interface and the way statistics are read during gameplay.

With Diablo 2 Resurrected, players will have the opportunity to use more commands, shortcuts, or hotkeys in the PC version of the game. These keys will allow them to perform in-game actions much faster and easier.

The developers have added a cybersecurity system to the game to protect players from viruses, hackers, and malicious programs.

The most important thing about Diablo 2 Resurrected is that although it presents notable changes in the quality of the graphics and gameplay, after 20 years this version maintains the atmosphere of the original game to please longtime fans and show new players the true essence of the game.

The best way to know if this new version of the franchise is really worth it is to play it, make sure you have all the technical requirements for Diablo 2 Resurrected to run correctly on your computer.

How to Reset a Laptop Battery That Isn’t Being Detected or Charging?